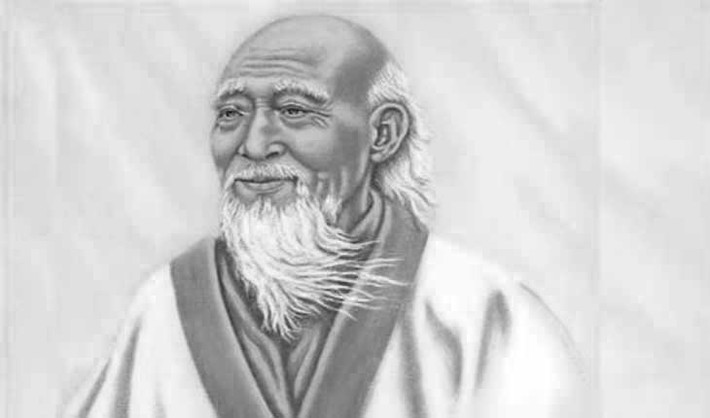 Have you ever honestly examined your life and yourself, and realised that you are caught in a chain of cause and effect? And that your children are stuck in the same straitjacket? Lao Tzu drew attention to this predicament two and a half thousand years ago, and since then it has become many times worse. So if you really want to experience pupilship of a gnostic Spiritual School, if you really want to ascend the path of liberation, you must ‘abandon study’.

To understand this injunction and be able to explain it the way it was meant, one must begin by drawing a distinction between worldly knowledge and real wisdom. Worldly knowledge aims to fit the human being for his role in life and to prepare him for his passage through the nature of death. Study is also meant to ease one's course through life, and to provide access to life's various comforts. It plays on earthly drives such as the desire for honour, fame, power and possessions and also on people's lower instincts.

In practice, however, it turns out that much of this supposed knowledge is founded on the most shaky grounds. In fact it has no real foundation at all, and belongs to the realms of pure conjecture. That is why applying such knowledge can only add to the problems afflicting humankind.

If you look at the course of your own life, you will probably realise that you have often been the victim of knowledge that, when applied, turned out not to have been knowledge at all but largely just a sophisticated form of supposition.

To give you an example: vegetarians, who depend on the products of the vegetable kingdom, have experienced how the whole of the vegetable kingdom is being poisoned, via the atmosphere and the soil, by the products of modern agricultural science. Indeed, the entire biosphere and all the creatures living in it are plagued by the results of study. And the driving forces behind all this are economic, political and national interests, the interests of various groups, racial conflicts, and so on, which are carried beyond all reasonable bounds as the result of study.

Alas, the world has become a wilderness without end, said Lao Tzu, and the truth of his words is clearly evident today. Nowadays, it is no longer possible for our children to enjoy absolutely healthy and unpolluted food. What an outrage! What a worry!

Or do you, too, allow yourself to be deluded by the lies of officialdom — all those carefully crafted falsehoods formulated through study, refined with the techniques of applied psychology and disseminated via advertising and the various information bureaux? The world has become a wilderness, and now, scientists are even trying to involve other worlds in this wasteland. There is no end to it! Do you see how humankind is teetering on the brink of an abyss?

There are some people who cannot accept these conclusions. They think we are painting much too grim a picture, that we are pessimists. It was just the same in Lao Tzu's time. He says: ‘The multitude rejoice and are glad. The multitude have enough and to spare. The common people possess sparkling lucidity, penetrative insight. In all things they have their reasons, their arguments, acquired and developed through rational study. Apparently, I alone am foolish. I alone am mournfully anxious. I alone am dark. I am a chaos of confusion, as one who has lost everything.’

Yet, for the person in Lao Tzu's position, all worries have ceased. Only one concern remains, a concern that will not, cannot leave him: the concern for the whole of humankind, which has made this entire day of manifestation into a hell, a wilderness. Through study! Through worldly knowledge, applied without even a spark of wisdom. So we beg you not to make the mistake so many other people have made, the mistake of thinking that knowledge is the same as wisdom. If you have understood even the smallest particle of what Lao Tzu really meant, you will know that not only is a new approach to life necessary, but also a total self-revolution. With anything less, you will achieve nothing!

This concerns the third aspect of the Tao Te Ching: the application of universal wisdom. The crucial thing is not what you know, but what you do! You need to undertake a self- revolution so radical, so total, that it can be called all- encompassing. Your goodwill and love for the School and the Gnosis are clearly evident. But in addition, it is crucial that you, as a modern human being of this age, are able to begin and carry through this radical self-revolution. And to do it, you will need an intelligence born not of fanaticism, but of wisdom. For this radical revolution, which is so necessary, will need to affect not only yourself, but also everything and everyone for whom you are responsible.

There is no uniform program that can be laid down for this radical self-revolution; no set formula that can be followed and applied by everyone. It is, first and foremost, an inner event. However, it expresses itself outwardly as a totally new style of living, based on life's true purpose. And that life-style has characteristics which are clearly recognisable.

You will have to make the imperishable Kingdom the most important thing in your life. For that, too, knowledge is necessary, but it must be knowledge that is founded on the wisdom which is of God. This self-revolution, which includes everything you have understood until now as pertaining to the state of the true pupil, the state of being of the living soul, will be able to save the whole group from perdition.

Now, you know about how wisdom can be attained, how the pupil can open the fount of wisdom. It is by walking the path that leads to life, the path we have been telling you about for so many years. Well then, if that fount of wisdom had been opened in you, so that it could flow into your head sanctuary, disclosing itself to your cognitive faculty, vivifying the various centres latent within it and purifying all its damaged aspects, then straight away an intense conflict would arise. There would be a dissonance between you and the whole world, between you and the whole of humankind and its ways. As a new human being, you would no longer be able to live as they do, despite any effort you might make to adapt yourself to their ways as far as possible.

That is why joy is felt in the work-field when the symptoms of this dissonance appear in the life of a pupil. Because, through the application of worldly knowledge, the whole world has been thrown into chaos; it has become a wilderness. Every concession you make to the ways of that world will deprive you more and more of the fruits of pupilship and add to your share of world-karma. It will prolong your imprisonment, as well as giving you a whole series of new worries, which will make you feel as if you had been cast into hell.

So do you see how urgent it has become for both the group and individual pupils to take strenuous action? A new page has been turned in our book of life. What will we read on it? Will the group be able to fulfil its task?

The whole world has become a wilderness and there is still no end in sight. We can see that quite plainly! But the problem is that the wilderness, and the results of the application of worldly knowledge, are in many respects preventing the process of pupilship from generating lasting new values; they are blocking the ascent into freedom. The path of the Rosa Mystica, which has been and is still being explored right through to the spirit-soul field, is being deliberately obstructed.

That is why action must be taken, by us and by the group, so that all who wish to ascend the path upwards may do so. If you consider how few possibilities of positive development are now left to humankind, you will realise how imminent the impending cosmic revolution must be. And only through self-revolution will you be able to survive it.