THE LIBERATION OF THE INNER BEING 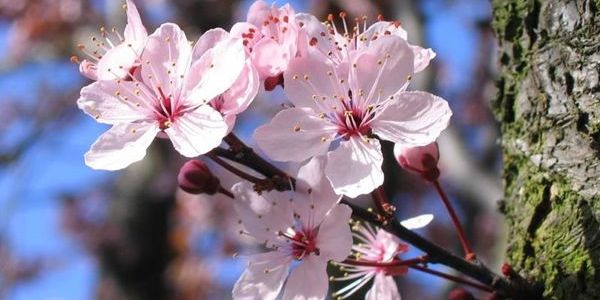 The seven stages of the Christian initiation mystery find their crowning in the glorious resurrection. The soul has definitively overcome the natural resistance of its pupil, the earthly man, on the symbolic path from Bethlehem to Golgotha.

The microcosm is liberated from the wheel of birth and death because an immortal body of resurrection has come into being. The microcosm is again ‘healed’, and now features an instrument that can contribute to the execution of the divine plan of creation.

What dies in the process called the crucifixion is the influence of the earthly personality on the inner man. What is released from its imprisonment, truly coming to life, is the inner man. The earthly ‘crucified’ man does what is required in the material world with full consciousness and devotion to his fellow creatures, but no more than that. He knows the world and he no longer allows himself to be captivated by it. His consciousness is balanced, open, honest and light, and he is constantly aware of the living Other-One-within-him.

At the descent from the cross, the separation between the coarse and the fine is definitively established. This separation between the physical body and the resurrection body was already prepared in the Garden of Gethsemane. And on the resurrection morning, the first day of the week, Mary Magdalene and two other women discover that the stone is rolled away from the tomb.

The tomb is located in the ‘garden of Joseph of Arimathea.’ Joseph of Arimathea is a symbol of the man who built the spiritual temple in his inner being and has crafted the cup which can collect the blood of Christ. His court is the microcosm, which on the gnostic path is released from its imprisonment in the material world.

The Gospel of the Holy Twelve tells us:

After the Sabbath was ended, at dawn on the first day of the week, Mary Magdalene came to the tomb bearing the spices which she had prepared, and there were others with her.

As they were going, they said among themselves, “Who shall roll away the stone from the door of the tomb?” For it was large. When they came to the place and looked, they saw that the stone was rolled away.

Behold there was a great earthquake; and the angel of the Lord descended from heaven and rolled back the stone from the door and sat upon it. His countenance was like lightning and his clothing white as snow; and for fear of him the keepers shook and became as dead.

The angel answered and said to the women, “Fear not, for I know that you seek Jesus who was crucified. He is not here; for he is risen, as he said.

Come see the place where the Lord lay. And go quickly and tell his disciples that he is risen from the dead; and, behold he goes before you into Galilee. There you shall see him; lo, I have told you.”

They entered in and did not find the body of Jesus. Then Mary ran and came to Simon Peter and the other disciple whom Jesus loved, and said to them, “They have taken the Lord away out of the tomb, and we do not know where they have laid him.”

They ran and came to the tomb, and looking in, they saw the linen cloths lying there, and the napkin that had been about his head lying not with the linen cloths, but folded up in a place by itself.

On Christmas night, the five-pointed star, the pentagram, radiates above the grotto of birth as the promise of the coming of the liberated and invincible man. The child therein lies wrapped in swaddling clothes. On the resurrection morning this promise came true: the swaddling clothes are still there, but the resurrection body of the new man is freed from the grave of his natural being. The tomb is empty.

But the mystery of Christ continues: the resurrection body will remain attached as long as possible to the physical body of the ‘pupil of the soul’. On five points: one point on the head, two on the palms and two on the feet. These stigmata together form the radiant pentagram.

Just as the birth of Jesus is not a single historical event, the resurrection is not a one-time event that might have ever occurred in any particular lifetime … or once in a time period of humanity. These events occur in a person when he or she is ripe for it. The resurrection, the entry into the Promised Land after the exodus from Egypt, has been going on for thousands of years. The resurrection literally means crossing the threshold, the Passover, the true feast of Easter.

And because everything is connected to everything else by invisible threads, the resurrection is not just meant for a single person, but for all humanity and for the Earth. Each human being who succeeds in building a new soul body in him/herself, and therefore is a Joseph of Arimathea in service to the soul, contributes directly and concretely to the resurrection of the world and humanity. Thus ‘service for humanity’ obtains a new dimension, the invisible dimension of the inner kingdom.

However, resurrection cannot be brought closer by studying the past. Resurrection takes place in the present and not in the past. And when we do try to investigate the past, then we are confronted with our ‘graven images’. These are the persistent images that we have inherited from the externalised Christian culture or from our family traditions.

Resurrection is always on-going and it could be that you recognise something of it when you read or hear about it, as if part of it is already present in you. This presence is referred to as ‘first-hand knowledge’. It is gnosis.

The resurrection is a phase in the development of humanity. It surrounds us like a new atmosphere, a new beneficial reality. Every day we breathe in the resurrection. It has been there for an infinitely long time, and it is there because it belongs to humanity. The resurrection is completely one with man. It is his tomorrow and today. If we want a description of the resurrection, it is ‘full of expectations, full of glory, purity, clearness, being human.’

Humanity is able to rise up to this. Today you can taste and undergo the resurrection. It is not taught in schools or through courses. It belongs to the morning, to the dawn, to the living ethers circling around you, the ethers you breathe in to live. For each human being the resurrection is the right to exist and is part of our birth right. The Bible explains to us that “all of creation waits with eager longing for the revealing of the sons of God“; so for the resurrection.

If you recognise this tingle of life, of promise, which as it were penetrates your existence so that every cell vibrates in its own light … well, still nothing has happened. Except this: you’ve experienced the essential ground underlying your existence. It is like a first draught, the first taste of the real, living gnosis. And this first drink promises more.

Nobody is able to stop you, if you want to taste the real life. Nobody can prevent you from opening the gates for the miracle. Nobody can stop you from rolling away the stone behind which the man of greatness is buried. As soon as the strength of the inner soul wants to break free from the rock tomb, nature cannot keep a hold on her.

The resurrection is the reason for man’s existence. It is the essence of being human. It makes his life radiant, giving him strength and inner courage. However, each person must seek it himself, she must desire it herself. The atmosphere of renewal has always been there and it is your birth right as a human being. Sometimes you taste it, and then it’s like a spring morning in the Easter season, fresh, invigorating, shivering with suppressed life. It is a promise; you know it as an inner experience, as inner knowledge, as gnosis.