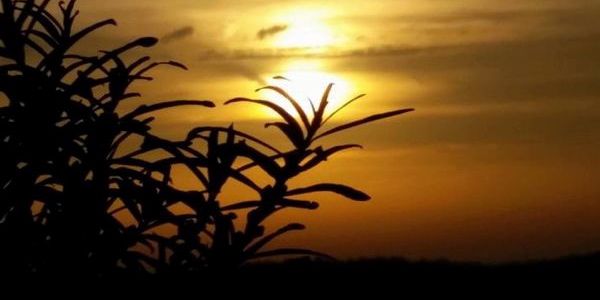 The truth, the divine mystery, is one and undivided; there is nothing separating human beings from the power of Christ, unless they distance themselves from it or make ‘graven images’ for themselves. The cosmic mystery school is omnipresent and tries to awaken the light-seed in every human heart from its sleep of death. To that end pure, unearthly light power descends into the earthly personality.

The first awakening of the inner man, Jesus, through the ‘light-kiss to life’ causes a deeply felt nostalgia and an unshakeable awareness of the existence of a higher form of human life. But in addition, it especially brings something entirely new: the conscious experience of one’s own duality, the recognition of the reality of the Other-one-within-us. From that moment on there are ‘two voices dwelling in our breast.’

This duality, this ‘awakeness’ of two beings inside a microcosm, is a special situation in which the voice of both the mortal and the newly awakened inner man is heard. In every life situation we are confronted with two possible ways: the outer path on which the outer man arises but eventually dies; and the inner path, the path from Bethlehem to Golgotha, on which the inner being arises and enters the new life.

Both paths invite us, call upon us, and we human beings would rather not make a choice but instead attempt to compromise …

The power of Christ sacrifices itself, it offers itself to those who are struggling to make progress on the inner path, while time and again overcoming the temptations of the outer path and discarding all the graven images of the world of form.

This force, the spiritual bread and wine, nourishes the inner man and purifies the outer man unto a servant of the inner one. But both continue to exist side by side, each being attracted to their own path!

Then the phase of the feast of Easter commences, and it is up to Peter and John (our will, the head and our feeling, the heart) to prepare an unleavened bread. Head and heart can only be forged to such a unity if they both really want it and really long for it. So they must have become pure to such a degree that they are able to receive the pure, ‘unfermented’ light-force. This untainted light-force, this pure Christ as a power, is indicated in the Mysteries as the Lamb or the Blood of Christ.

This force is so unearthly and possesses such a great transformative power that it can only be received in a cup or bowl that has been crafted for this special purpose. Peter and John, the pure will and the pure desire, together build this bowl, which symbolizes the unity of head and heart that has been restored in the outer man. This is sometimes depicted as follows: the base of the cup stands in the heart, and the larynx is the point from which the head opens itself as a cup to the light.

It is this cup in which the Passover lamb is sacrificed, and in which Joseph of Arimathea brings the blood of Jesus Christ to the West, to the land of the setting sun.

The wine is received in this inner cup, which is crafted during the sevenfold mystery of the Holy Supper. It is the cup of which Jesus says in the Garden of Gethsemane:

“O my Father-Mother, if it be possible, let this cup pass from me; nevertheless not as I will, but as Thou will.”

Gethsemane is a girl’s name meaning ‘olive press’, or ‘vessel of oil.’ The Holy Spirit, the seven-fold transforming light, is a feminine, manifesting principle and the seven rays act upon the personality as an olive press. Oil is a symbol of soul power, the strength of the inner man.

The short story about the events in the Garden of Gethsemane, therefore, indicates a spiritual process in which pure soul power, the precious oil, is carefully liberated from the personality and is collected in a special vessel, the soul body.

This extremely delicate process carries great value for the resurrection of the inner man. For this reason, the concern of Jesus (the Love) for the inner struggle of the Soul causes him to pray three times in order to establish whether this is the right time.

For again and again the disciples fall asleep on the Mount of Olives because “the spirit is willing but the flesh is weak.” In his anguish Jesus asks up to three times whether the cup really should be accepted at this moment, knowing that it requires the awakened, conscious participation of the personality.

The disciples symbolize the twelve aspects of the personality which like branches of a tree spring forth from the head and from there spread throughout the physical body. These ‘disciples’ are indispensable for all the physical and spiritual processes. That is why Jesus cleansed them during the Holy Supper.

Now he takes this “olive tree” up the mountain and plunges it into the field of the soul, so that the disciples are able to know what will happen. But the disciples fall asleep: the normal waking consciousness cannot follow here, only the inner perception can do so.

He is indeed one of the disciples whom Jesus himself selected on one of his journeys, but originally he is a tax collector (Aquarian Gospel 88: 21-26), one who allows access to a certain way only after payment. He represents our natural possessiveness, ambition and lust for power.

These forces are particularly strong and bind us with each atom to the material world. Judas-within-us will always try to place the higher life within the framework of the earth, by haggling and compromising. Jesus has therefore been betrayed on the spiritual path not just once but time and again.

Judas stumbled over the threshold that he himself erected through his activity as a tax collector, so he will not be able to celebrate the Passover. Therefore he does not follow Jesus up the Mount of Olives. Instead, he goes to Caiaphas, the high priest. Just as Peter symbolizes the purified aspect of the will, Caiaphas relates to the will of the outer man which is still present.

Caiaphas understands that his last hour has come unless he succeeds in removing the light-force, Jesus, from ‘his kingdom,’ and quickly. And Judas the haggler is an easy prey for Caiaphas. For Judas cannot oversee the path, he has not been initiated on the Mount of Olives and is therefore still acting according to the outer law, the law of Moses.

The Caiaphas-within-us immediately uses this incident as an opportunity to condemn Jesus to death: according to the law a lamb must be sacrificed! Judas promises to betray Jesus to Caiaphas for money. And with a ‘kiss-of-death’ Judas indicates which of the men is Jesus, thus delivering him to the high priests, the temple servants and the Pharisees.

Simon Peter wants to protect Jesus’ life and draws the sword of his willpower, a fully natural reaction, but Jesus does not allow this while saying:

“Put up your sword again into its place; all they that take the sword shall perish by the sword.” And he said unto Peter, “Do you think that I cannot now pray to my Parent and He shall soon give me more than twelve legions of angels? But then how shall the scriptures be fulfilled, that it must be thus?”

Then all the disciples abandoned him and fled.

Not long thereafter Jesus is denied three times by the same brave and sincere Simon Peter. The cock crows, Jesus turns around and looks at him: fear is always stronger than the human will, however purified it is. And Simon went out and wept bitterly.

In this way the soul oil is extracted from the personality to the very last drop; the inner man demonstrates his strength and confidence, and does not give in to the instincts of the outer man. Because the inner light does not need to fight, it simply is. It does not withdraw and the Lamb surrenders voluntarily, thus being imprisoned in order to bring the spiritual process to good end.