THE CRUCIAL VICTORY OVER YOURSELF 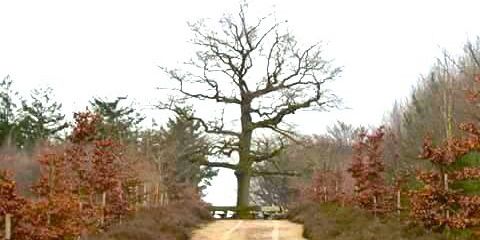 The cross is one of the oldest symbols of humanity. It is a universal symbol which can be found in many cultures and in many forms. We know the swastika from ancient India, the ankh from ancient Egypt, the medicine wheel of the Indians and of course the Latin cross, which is connected to Christianity.

Each symbol speaks a unique language that addresses the deeper levels of our consciousness, particularly the inner being within us. If we, in our desire to find the truth, focus on universal symbols, then we connect with that language. A universal symbol such as the cross can always be understood in several ways, not only with the head but also particularly with the heart. The heart has its reasons which reason does not know.

Universal symbols emanate a great power. The universal cross tells us about the connection between eternity and time: how imperishable spiritual power flows into the material world. It shows us how the world and humanity can raise themselves up to eternity by means of the cross.

The dynamic reality of the cross is the gate or the ladder through which resurrection into a higher field of life is possible. The human being who follows the gnostic path becomes a cross himself: the body strong although perishable as wood, nevertheless imperishable with regard to the inner power originating from the intersection, the spirit-spark.

The universal cross is a shining and joyful symbol of faith, hope and love. But because the image of the crucifixion has been approached by most people only as to its outer side, the cross has become an object of wood primarily associated with pain, suffering and death.

The stories about the crucifixion of Jesus as described in the Gospels have been wrongly understood for centuries. Not knowing that they are actually symbolic stories about inner liberation, most can see only the outer side of the stories. The profound truth contained therein is veiled and will only be released for people who are able to carry it and to spread it.

A liberating religion can never be proven or made plausible by scientific means, exactly because it is directed to the inner man. Only the touchstone of inner knowledge, of our own inner tribunal, can determine what ‘truth’ is. The truth that wells up inwardly and is recognised, however, is always subject to interpretation by the outer man, for truth has many facets, but the human mind is limited.

Our consciousness can assimilate the truth only in part, and it changes daily. Therefore: be prepared to release today’s truth for the new truth of tomorrow.

As it is said in chapter 69 of The Gospel of the Holy Twelve:

“even among the prophets and those who have been initiated into the Christhood, the word of error has been found. But there are a multitude of errors which are covered by love.”

The phenomenon that we know as the crucifixion is not exclusively Christian as we find it already with Plato. Several centuries before the birth of Jesus, Plato wrote that the world-soul reveals itself in the form of an X or a cross (Timaeus); that the righteous will be “whipped, beaten, bound, stabbed and eventually will be crucified” (The Republic), and that the soul is nailed to the body through passions (Phaedo).

The symbolism of the cross and the seemingly simple but profound crucifixion is also imbued with mystery wisdom. In section 101 of an apocryphal book called The Acts of John, Jesus, the inner man, says: “The things they say about me I had not, and the things they do not say, those I suffered.”

This is true, because from the outer, historical point of view Jesus as a human being has actually endured the crucifixion, has suffered and died. But the real Jesus of which the mysteries speak is the inner man. That is the Jesus who, invisible to human eyes, has built his new light-vesture through the power emanating from the cross.

Step by step this growing new spiritual body is connected with the physical body of the historical Jesus. This connection is symbolically represented by the pilgrimage of Jesus on earth and the selection of the disciples. The imperishable soul voluntarily nails itself to the perishable body, delivering itself to the passions of man. That is the story told us by the imprisonment of Jesus.

The disciples and Jesus remain together for some time. And when it is said that Jesus received them ‘in his body’, then this can be taken literally: the twelve personality forces are absorbed in the radiation of the new spiritual body so that the personality may also be subject to the transformation process through the soul. The disciples are prepared for the resurrection of the inner man. They flee, however, just before the sentencing by Caiaphas and Pilate for they still partly belong to the material world.

And that is what makes it mysterious, that is the real mystery of Christianity: the narrative speaks about two crucifixions, two processes. The physical body of Jesus ‘gave up his spirit’ in order to enable the new spiritual body of Jesus to be liberated from the visible body, from the attachment to the cross. That is why Jesus, the inner man, says (and we repeat): “The things they say about me I had not, and the things they do not say, those I suffered.”

The outer man and the outer world are symbolised by the horizontal beam of the cross. The inner man, Jesus, attached himself to this beam, thereby crucifying himself at the time of the birth of Jesus in Bethlehem. From that moment onward the power of the ‘kingdom of the soul’ descends into the world and into the hearts of all those who follow the gnostic path. In this way the vertical post of the living cross is erected.

The cross was planted in the earth at the birth of Jesus: Jesus tied himself to the outer world. That is his suffering; that is his real passion: carrying the cross through the world up to the Crucifixion. At the crucifixion his new body, the garment without seam, is liberated from the cross, while the soldiers ‘cast lots’ over all the forces of the divine world gathered together therein, meaning that these forces are conveyed to the outer world. Then Jesus the Christ can proceed to the resurrection and the ascension.

For the human being who goes the twofold spiritual path, the crucifixion simultaneously means entering into a special new state of life. Thus cleansed and transformed by the spiritual power of the inner man, he or she is still present in the world amid the turmoil of everyday life.

The inner Jesus for whom that person bears the cross, or is the cross, is stronger than him or her. Just like the John figure, he has made himself subservient of his own free will.

The liberated inner being is unity and love; it is pure light-power that is connected to the material world through the transformed outer being. All this is symbolised by Jesus and his apostles.

A so called ‘personality change’ occurs. The outer man is still taking full responsibility for what needs to be done in life, but it is the inner being who truly ‘lives.’

In this way, for those and in those who follow this path, the crucifixion and the resurrection become a feast. The crucifixion refers to a process of liberation. It is the story of the eternal Love that descends into time in order to save that which is imprisoned so that every human being can be a living cross of Love.

The seven last words or phrases that Jesus cries out from the cross have a deep meaning. They may be seen as a summary of the gnostic path. In the phase of the crucifixion the pupil on the path takes leave of all the lower and the profane, all passions (as Plato describes them) that bind human beings to the earthly life. In that sense, the phase of the crucifixion is the crucial victory of the inner power over external ties. Two criminals are also crucified with Jesus . A deep symbolic truth lies hidden here.

Jesus incarnated with a very important mission. He entered the way of the mysteries, established a link with Christ and, by means of his ‘Way of the Cross,’ liberated the Christ Power for all of humanity. In this way he established a ‘cosmic mystery school’ in which every human being can go the way of the mysteries himself, without the intervention of priests. Therefore it is written that the veil before the Holy of Holies was torn. From that moment on the Holy of Holies has been accessible to anyone who makes himself worthy of it.

In chapter 82 of The Gospel of the Holy Twelve, we read:

And Jesus cried with a loud voice, saying, “Abba Amma, into Thy hand I commend my spirit.”

When Jesus had received the vinegar, he cried aloud, “It is finished”; and he bowed his head and gave up the ghost. And it was the ninth hour.

And behold there was great thunder and lightning, and the partition wall of the Holy Place from which hung the veil fell down and was torn in two; and the earth did quake, and the rocks also were split.

Now when the centurion and those with him watching Jesus saw the earthquake and those things that were done, they feared greatly, saying, “Truly this was a Son of God.”